Review: NuTouch Gloves - Using Your iOS Device in The Cold 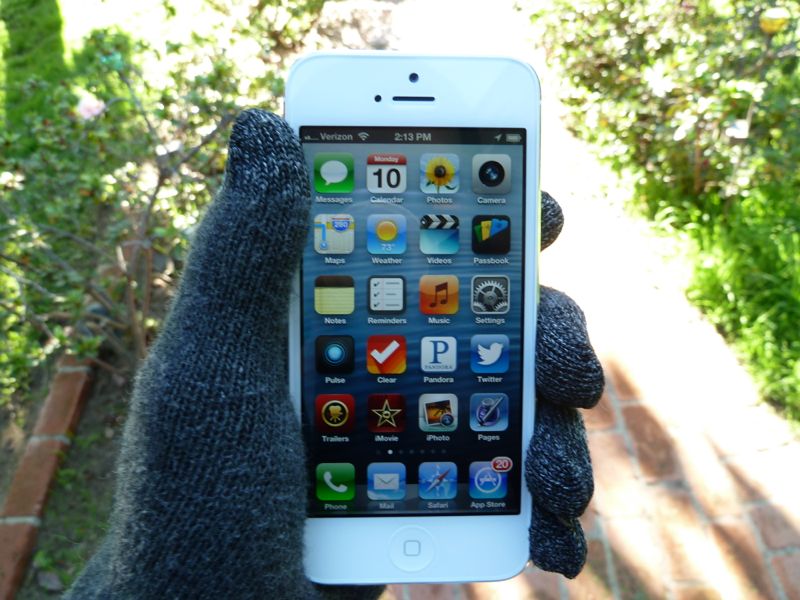 It's that time of year again when cold dominates the weather pattern, but we all still want to use our iOS devices outside. There are a number of gloves out there specifically made to be used on a touch screen. There are ones that have a couple touch pads on the tips, while others flip open at the fingertips, but NuTouch gloves are different. They're made with a special conductive fiber woven into all 10 fingertips, so there's not special regions to use. There's about 1" worth of touch specific material encompassing the entire fingertip allowing you use your fingers every which way. 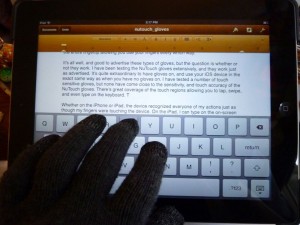 It's all well, and good to advertise these types of gloves, but the question is whether or not they work. I have been testing the NuTouch gloves extensively, and they work just as advertised. It's quite extraordinary to have gloves on, and use your iOS device in the exact same way as when you have no gloves on. I have tested a number of touch sensitive gloves, but none have come close to the sensitivity, and touch accuracy of the NuTouch gloves. There's great coverage of the touch regions allowing you to tap, swipe, and even type on the keyboard.

Whether on the iPhone or iPad, the device recognized everyone of my actions just as though my fingers were touching the device. On the iPad, I can type on the on-screen keyboard, and even engage the four and five finger gestures. The NuTouch gloves allow for multiple contact points, and work on any type of touch screen. They come in charcoal with four different sizes to find the perfect fit for your hands. They’re not the thickest gloves, so for extreme cold you can put these gloves on top of heavy duty winter gloves to get warmth, and touch sensing.

NuTouch gloves ($19.99 retail, on sale for $9.00) are the best touch sensitive gloves I've come across that allow all 10 fingers to engage your iOS device just as though you had no gloves on. NuTouch gloves are a must have accessory if you ever want to use your iOS device, and wear gloves at the same time.