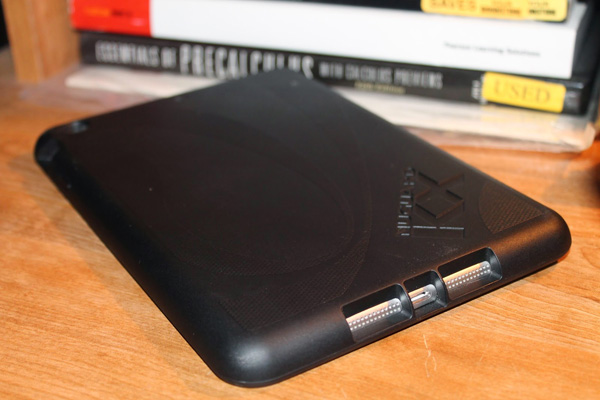 There's seemingly two opposing forces at will when it comes to technology. We want our gizmos to be thinner, lighter and sexier, but those features come at the expense of being able to repair things ourselves. Also, these devices cost an arm and a leg. We want to be able to bring our electronics with us, and have the ability to check the weather, news, or play a game no matter where we are, but once we take the phone or iPad out of the house, the chances of it getting damaged are increased. What a dilemma.

It used to be that protecting an iPad would mean a thick case that weighed the tablet down, totally destroying the whole aesthetic of the iPad in the name of survivability. The NuGuard KX for iPad Mini is a wonderful way to balance protection and looks, and is an excellent case for anyone looking to protect their iPad Mini or iPad Mini with Retina Display.

First of all, I've had the NuGuard KX case on my iPad Mini with Retina Display for over a month now, so I feel like I've got a really good idea of how the case functions in day to day operations. I've taken the iPad with me to the dentist, on EasyShifts, and to the kid's doctor appointments. Let me be perfectly clear about something: I have dropped the iPad with the NuGuard KX case installed. The case won.

I can go on and on about the features and the styling, but I wanted to say upfront, that I dropped the iPad while handing the tablet to my 3 year old. I told him 3 times to pay attention and hold the iPad carefully. "Do not drop the iPad." I said this many times to my son. I had to get my car keys out of my pocket, there were cars all around the parking lot and I had my hands full with groceries. That's when he dropped it.

You've seen those movies where the dramatic thing happens and time slows down? That's what happened to me as I watched my iPad succomb to gravity. It landed almost perfectly flat, with the screen face down. It couldn't have landed in a way to do more damage to the screen than it did.

The iPad was fine, and it is working perfectly. There's no evidence of the drop, no damage to the case or the iPad. I couldn't be any happier with the build quality, or the design of the case. 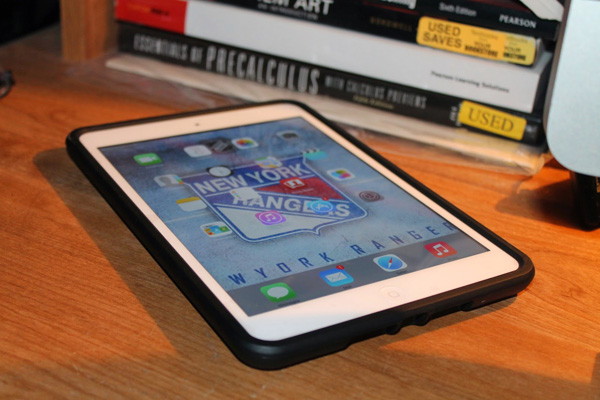 What saved my iPad is the special gel that's inside the case, dubbed "X-Orbing gel" and the design of the case. There's a lip that extended on the front of the case, keeping the glass surface off the surface of whatever it is place on, while face down. The design also kept the iPad from popping out of the case and impacting the pavement when it fell. There's a cross-hatch design on the back that gives the case a reassuring grip, without being a sticky mess.

I also have a NuGuard KX Screen Armor on the iPad Mini. The website claims that it has the same X-Orbing Gel that the case has, and it can withstand the impact from a hammer. I didn't go that far in my testing. However, I did notice some scratches on the screen armor when reviewing the case. I'm also an idiot and didn't follow the directions exactly when installing the screen armor, and I got a ton of dust under the screen. So there's always a possibility of messing up the installation. I had a screen armor on my iPhone 5 and that install went smoothly. Like I said, follow the instructions. The screen doesn't feel sticky like some other screen protectors do, and there's no drag at all when sliding and zipping around on the iPad Mini screen. It has helped protect my screen, and it worth every penny.

All of the ports are accessible through the KX case, and there are cutouts for the speakers, mics, and headphone jack. The only thing that I'm still wary about is moisture. This is an excellent case and if you are looking for a lightweight case that protects like a heavier case would, then you should buy the NuGuard KX for iPad.
The above article has been included on our site for archival purposes only.
To see the article as it appeared in the original published form, click the link provided.
All stories have been captured without modification to their content.