One thing I hate about the iPad is how limited it is by its own ultra-portability. Sure, it’s easy to pick up and go, but sometimes, you want a more permanent fixture, or at least the ability to use it without having to hold it the entire time! Well, now you can unleash a whole new realm of possibilities with the GripBase Podium, made by Newer Technology, available online at macsales.com.

We recently got our hands on one from our good friends over at macsales.com. It’s come in handy in a number of situations, and after having it for only a short time, I can’t remember how we got along without it. Watch the video for a closer look!

The GripBase Podium took no more than 5 minutes to assemble, and a good deal of that time was spent looking for the screw I dropped under the couch, so it’s probably an even faster setup than that. There’s only three main parts: the base, the stand, and the case. 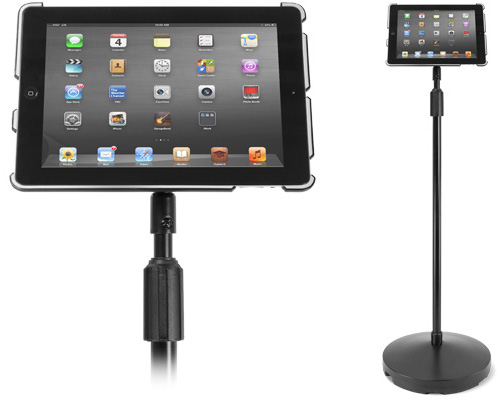 The base is heavy enough (12 pounds) to weigh down the stand, even at its highest, but not too heavy that you can’t move it around easily. The bases is actually entirely plastic, but there’s a metal cover on the topside, so it still has a nice sleek look. 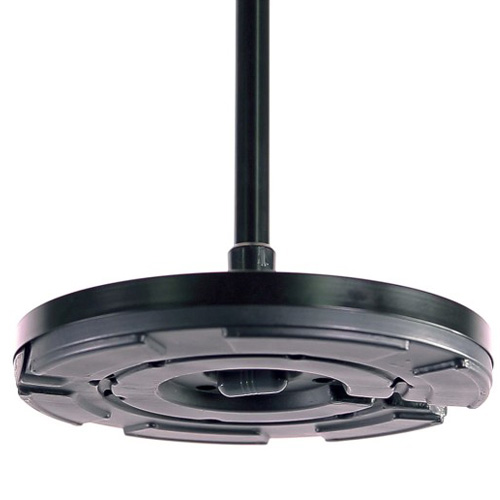 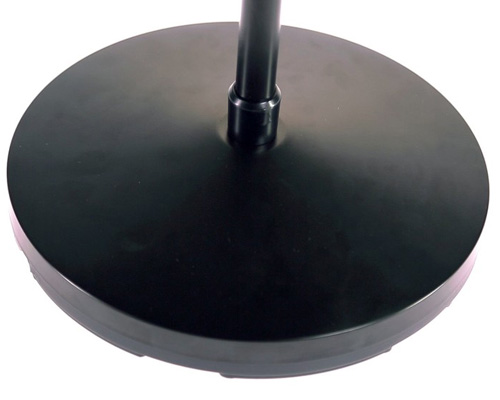 And the stand itself is simple to raise and lower. The twist lock feels very secure. I like that you don’t have to twist it super tight to keep the stand up, so when you want to adjust it, it’s never too difficult to untwist.

In my opinion, the case is the best part of the stand. It’s like a little bonus feature, because even without the podium, the case is great. The inside is rubberized so it snugs right against the back of your iPad without scratching it. The outside is hard plastic, but has rubber pads in each corner so you don’t have to worry about scratching the table when you set it down. And, the tiny rubber pads also make the act of setting it down on a table very quiet, which is what immediately sold me. I hate that clacking sound!

When it comes to video production, the iPad has become an essential part. From call sheets to teleprompters to clapboards, the iPad is useful in every area of production. But, this also means it’s one more thing to get in the way on set. With the GripBase Podium, you can keep your iPad handy on set without it getting in the way. While you may not want to truck it out to location shoots, having one on standby on your production stage is a great idea. It’s also been great to have in our conference room. It is so much easier to watch something with the iPad on the stand rather than everyone crowding around one person who has to awkwardly hold it. 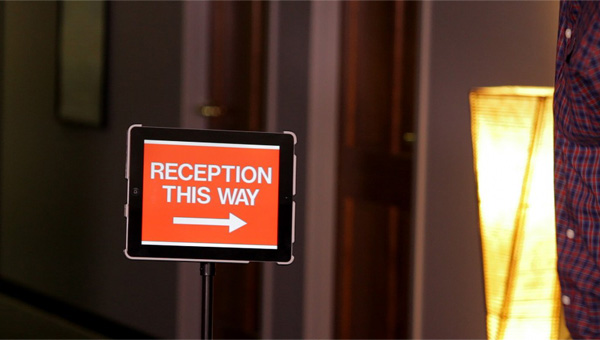 The GripBase Podium allows you to use your iPad in a whole myriad of ways, including sleek and simple signage!

For your money’s worth, I’d say this is a solid office buy, even if you don’t work in video production. If you use an iPad at work, especially if you work in a collaborative environment, I’d put in an order for the GripBase Podium as soon as you can. Get one for yourself at macsales.com! 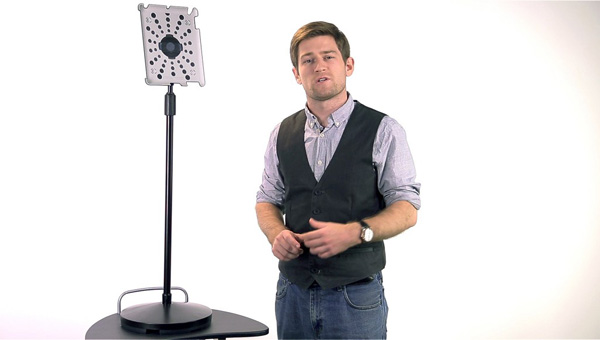