Most of the OS X machines Apple sells these days are laptops with the built-in keyboard that includes no number pad. The vast majority of the remainder are iMacs -- also most with an abbreviated keyboard. Despite Apple's minimalist design, users sometimes could use a dedicated numeric keypad. Accessory manufacturer Newertech has a wireless solution -- a Bluetooth Wireless Aluminum Keypad. MacNN has lived with one for a while.

First, the hardware. The Wireless Aluminum Keypad matches the style and color of the Apple Wireless Keyboard, with a black-keyed one for the laptop set. The design is a full 28 keys, with function, home, end, page up, page down, and two delete keys. The key throw is very nearly the same as the Apple keyboard, and we appreciate the attention to detail. At 4.9 ounces, it makes a negligible impact on laptop bag weight. 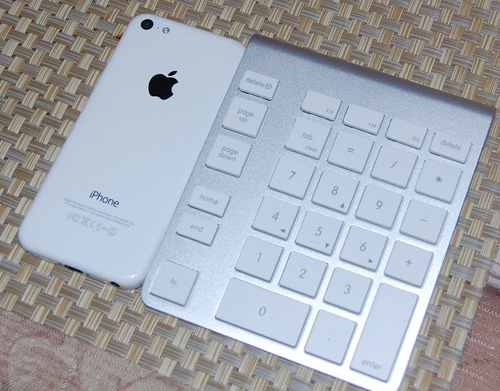 Bluetooth pairing is no issue, with the computer seeing the keypad nearly instantly. Maximum range is less than what the company claims, with dropouts occurring at 18 feet away from the home computer. That said, why would anybody need to use a numeric keypad that far away from a display? The 18-foot distance is fine even for home theater PC use, so we don't see any issues with the shorter-than-claimed range, though the company should advise customers more realistically.

As a nice touch, the minimalist packaging for the keypad includes a bracket to attach the device to the Apple keyboard, either the left or right side. We've used the pad as both a discrete pad, seperate from other input, as well as attached to an Apple keyboard. The attached keypad doesn't wobble or shake, and maintains the same angle as the rest of the keyboard. Again, good attention to detail. 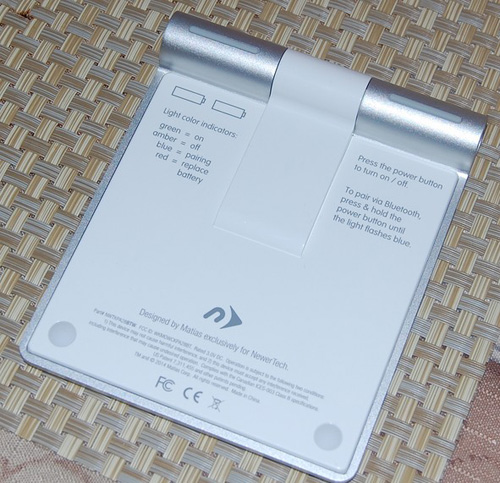 While Newer says that it has worked with financial advisors to craft the perfect keypad, there are other uses. The low-latency connection is good for gaming, but not quite as quick as a wired or built-in keyboard for "twitch" games. We found it perfect for the Civilization series of games.

For power, the keypad uses a pair of AAA batteries. In practice, we found that these lasted no longer than about 35 hours of use, which is fine. If you're lugging the keypad about, stashing a second (or third!) set of batteries in your go-bag is probably a good idea in case of sudden battery death.

All told, we feel that this keypad is a better option than the Apple extended keyboard. Clip it to your existing Apple keyboard, or use it separately from your portable. As a bonus, it connects to iOS devices as well. A numeric keypad is one of those things that you know if you need it -- if you do, even at $55, something with this level of attention to detail in construction should be the first choice. Who would like the Newer Wireless Aluminum Keypad: Number crunchers, or those needing just a few more keys on the go.

Who wouldn't like the Newer Wireless Aluminum Keypad: New-school typists accustomed to no keypad can pass.
The above article has been included on our site for archival purposes only.
To see the article as it appeared in the original published form, click the link provided.
All stories have been captured without modification to their content.