Yes, I have reviewed a lot of iPhone 5/5S cases, and it is often difficult to say something new about them. NewerTech, a company that you may not have heard of, has also created one with the NuGuard Kinetic Energy X-orbing case and Screen Armor. 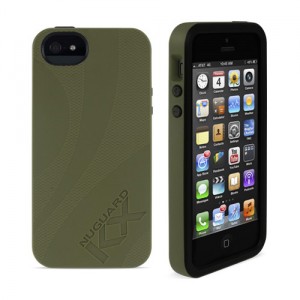 The Kinetic Energy X-orbing case isn't like one of those harder iPhone 5 cases, and in my hand, it feels soft all around. The case has a "hyper-advanced X-orbing gel", and you can feel it when you squeeze it. The outer shell is textured, but the inner part is very soft like velvet. Unlike some cases, this one is one-piece, and it is a real easy put-on. 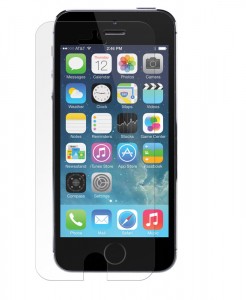 Just to let you know, the KX Kinetic Energy X-Orbing case has been military drop-tested. I can imagine that the Nuguard KX Screen Armor is tested in a similar fashion. It can withstand scratches and impact damage, not to mention any other kinds of smacks to it. The Screen Armor prides itself in three layers of protection which include protection, absorption, and adhesion. I don't feel a need to go into detail on the layers.

Instead, let's talk price. You can get the Kinetic Energy X-Orbing case for the iPhone 5 for about $29.00 here

and the Screen Armor for about $9.99 here.
The above article has been included on our site for archival purposes only.
To see the article as it appeared in the original published form, click the link provided.
All stories have been captured without modification to their content.