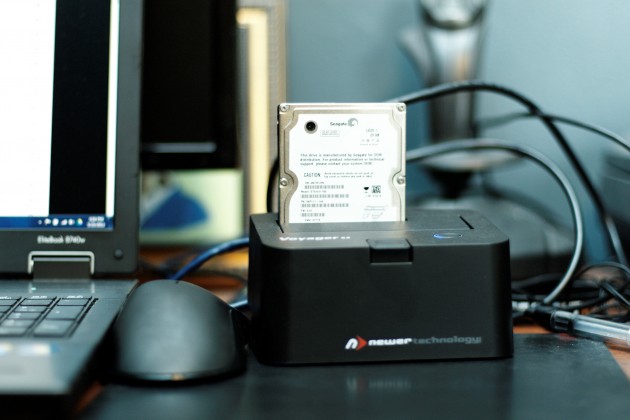 If you do a lot of work on PCs for yourself, friends and family, or clients, having a quick and easy way to plug in hard drives is something that is basically required to maintain healthy sanity levels. External hard drive docks are nothing new, but NewerTechnology has released the Voyager S3 to compete on features, and are hoping it will be your external hard drive dock of choice.

The Voyager S3 has a solid, heavy base and feels very substantial and well-built. It's got nubby rubber feet so that when it's on a surface, it stays put and isn't in any danger of flopping over or sliding while a high-speed rotating platter is sitting inside of it. The top bay accepts 2.5" and 3.5" drives, with a moving dust cover for 3.5". When you insert a 3.5" drive, the door just flips down without any resistance. There's also a release button that levers the drive up evenly so you're in no danger of bending the SATA or power leads on the drive or base. 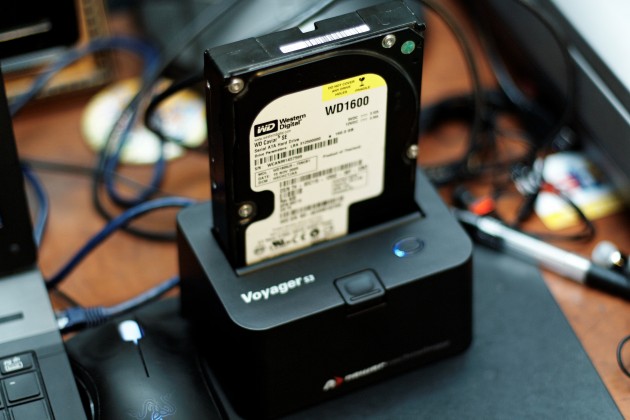 The front has a subtle blue LED to indicate power on, and it flashes orange when there's disk activity. The Voyager S3 comes with a high-quality USB 3.0/2.0 cable and a power brick with a universal adapter for foreign travel.

I tested the Voyager S3 with an old 20gb 2.5" SATA drive from a PlayStation 3. With USB2, reads were around 22mb/s and writes were around 29mb/s. With USB3, the drive was maxed out (it's an old, slow drive) at 30mb/s consistently: 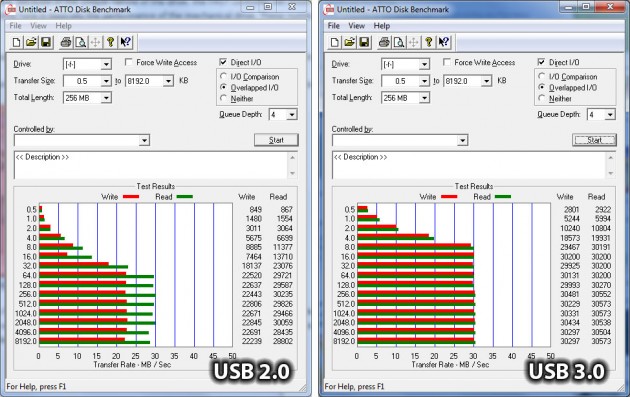 With a faster drive, the USB 3 advantage becomes more pronounced. USB 2 is maxed out at about the same speeds: ~25mb/s, while USB 3 starts to pull ahead significantly at ~54mb/s

The USB 3 controller in the Voyager S3 shows its strength when you start putting faster drives in it.

Newer Technology markets this squarely at mobile professionals: photographers and videographers especially will see a lot of benefit to thinking of this in terms of a very large SD card; you can stick a 4tb drive in there if you wanted to.

There are a lot of use cases for external docks; the aforementioned repair desk scenario, photography, video shoots, mobile demonstrations, and more. I'm happy to recommend the Newer Technology Voyager S3 as the best external hard drive dock I've ever used, due to the totally solid build quality, included USB cord and international power brick, and USB3 capability. It gets the Icrontic Outstanding Product award for being best in class.

The Voyager S3 is available now from Other World Computing for around $38.