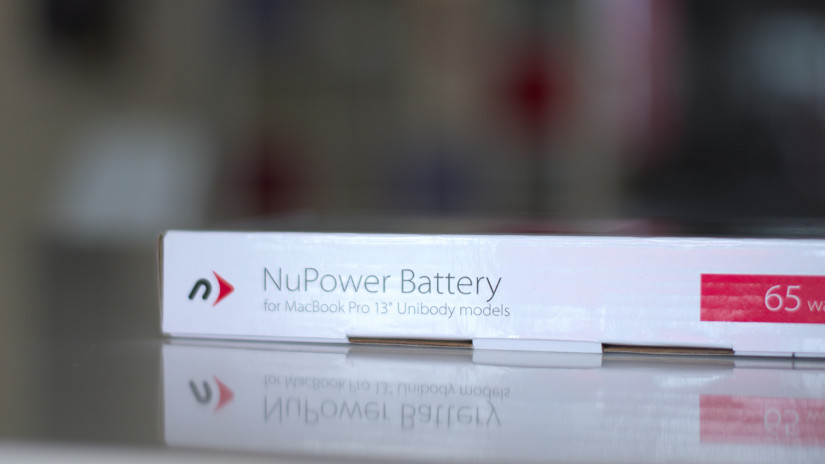 Years passed and our Mac laptop is old but still functional. Processor power, combined with the RAM and hard drive you have, are sufficient to cope with certain tasks, but then we problem was the battery.


All images in this article are the work of Alex Gil


Over the years, all batteries lose some capacity and that, in some cases, makes mobile laptop will no longer be as useful as before.

Particularly, after working in recent years with a MacBook Pro 5.5 (Core 2 Duo 2.26 GHz, 2 GB. DDR3 1067 MHz.) And giving him strength "cane "in terms of battery life, I feel that this has shortened the duration of between 10 and 20% depending on the type of work you are doing. 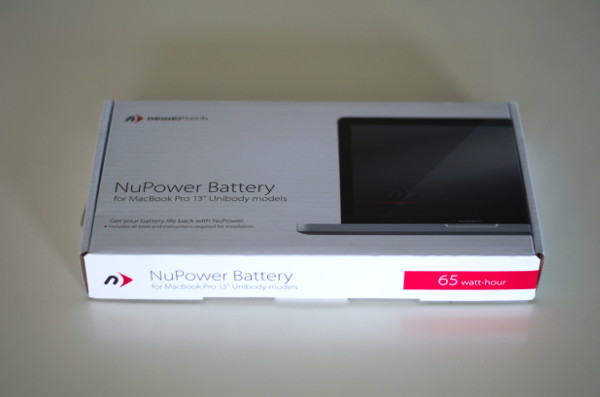 The box where the battery comes from NewerTech
For example, when I put videos while being in action, I see that the rate of consumption is much faster than that when the device was new, while texts when I'm just hot, but not so hard as before, the difference in energy expenditure curve is not so accentuated.

And that's not just because obviously you supposed to play video ord58inador a bigger job, but the fact here is that the difference becomes even more apparent.

Apple sells original batteries to change their computers, but for 15 or 30 euros less, we find the American manufacturer of batteries NewerTech which, according to its Web site, they may have more capacity than the the same company bitten apple. 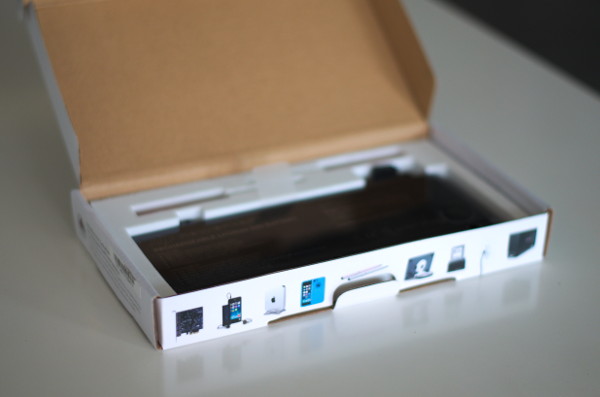 Another view of the box already open, showing the contents
So, curious, I decided to try one of these batteries that the manufacturer has been kind enough to give us to make some tests.

Suffice to say that the shipping was very fast, taking just to get me from here a week in the United States.

Changing the battery Us

The change of laptop batteries in most PCs do not have any science, since the battery is internal and can be removed simply by sliding tabs up, so replacement is trivial. Mac, however, and as in many other things, are a completely different world. 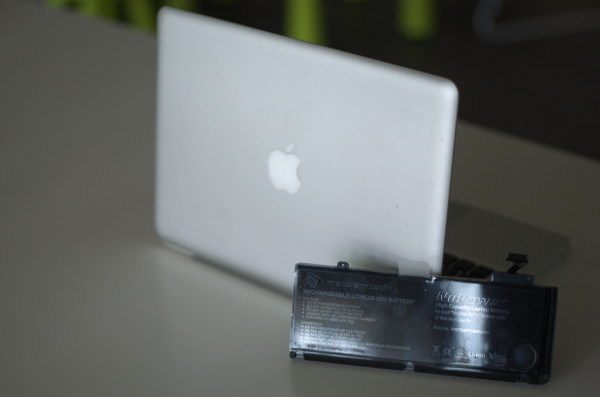 Before carrying out the change, the battery next to the Mac we used
The battery of the MacBook Pro, as in other laptop models in the house, whether it is internal, so you have to unscrew lids. Before doing so, however, we better read the instructions well.

In fact, it NewerTech gives us a few tips ranging from a complete explanation on how to download we have static electricity in the body before you start , to a complete video tutorials which explain in thread detail how to open our MacBook to access the battery and replace it.

Although my background is technical, I've always worked with software normally, because I was never very "hands" for the hardware. Dare to change simple parts such as memory, hard drive (both laptops and desktops both), video cards and such, but not much further and replace the battery Mac seemed quite an adventure.

But far from being difficult (and I'm sure this is the step that slows more than one and two of whom I was now reading), a shock viewed videos was something really simple.

As a last choice, if we have to call that friend so that everyone handles, or go to a professional computer, although in the latter case the bill will increase a little more.

If you choose to do it ourselves, it means that we need not take any screwdriver instead, for the battery box are included since we are a couple that fit all the screws we Mac. 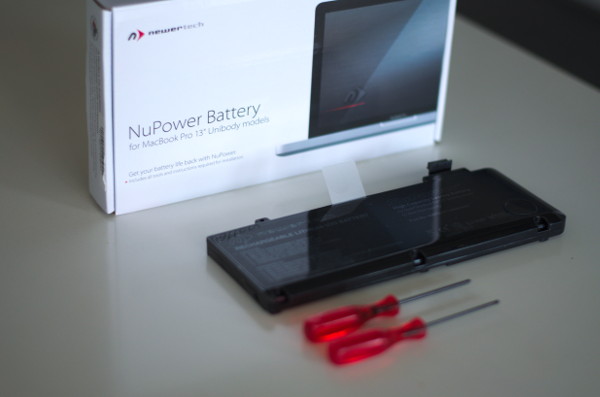 The contents of the package: two screwdrivers to open the MacBook and the battery to change 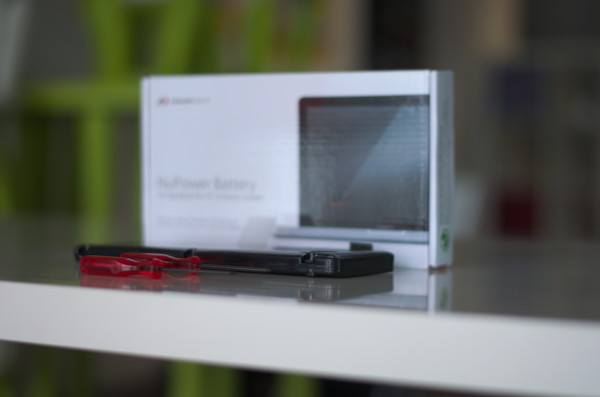 The contents of the package: two screwdrivers to open the MacBook and the battery to change
First battery charge and use daily for three weeks

Once the first load (which lasted only about 20 minutes, came almost fully charged car factory), the battery indicator in the top bar of the system gave me a figure of almost eight hours, I had not ever given even when I released the computer (it had reached a little more than six, in the end, were not real). Suffice to say that the WiFi was disconnected. 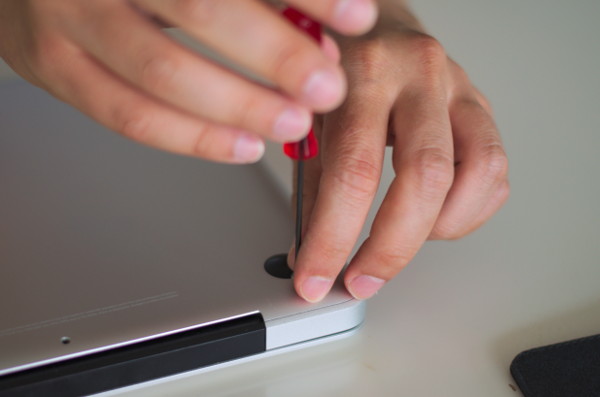 Opening with one of Mac screwdrivers included in the package
With the passage of time I have got a very clear idea of ​​battery performance and, indeed, I can say that it is even superior to the original battery of the laptop when it was new.

Only one detail has tarnished the good performance of this battery: over the years, my MacBook increasingly heated, and it is well known that heat is a major enemy battery and shorten its lifespan drastically. 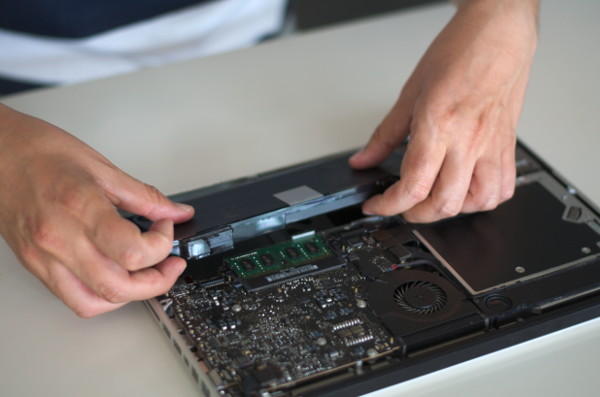 Removing the battery from the MacBook once we unscrewed all the screws
This is probably why, when I see videos such as, YouTube and the team warmed up, the spending curve battery accelerates dramatically.

With the new battery is also happening to me, but the effect is less impressive thanks to its higher capacity, if earlier, a viewing of between 20 and 30 minutes of YouTube I could safely consume 30% of the load, the new NewerTech battery runs this fall by approximately 10%. 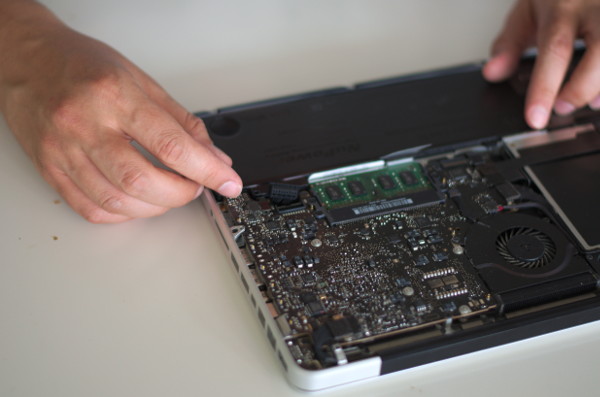 Place the new battery
As a result, my computer which had long ago stopped relying as mobility tool (also for being users of tablets lighter, more comfortable to carry up and down) can redevelop this role, then holds perfectly a workshop in which the need to do on the train and go elsewhere where I do not have Wi-Fi connection, without having to take my charger with me and pray for power to find an outlet somewhere with availability to recharge it. 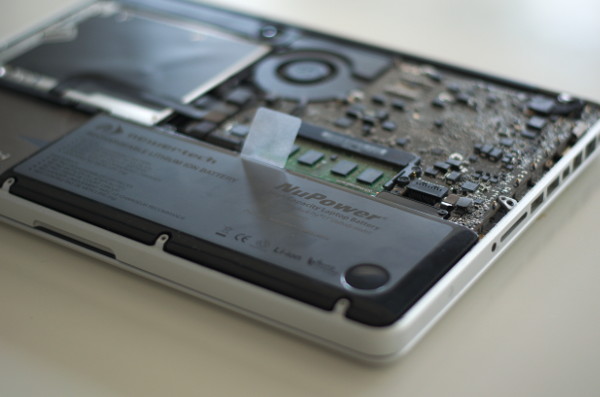 A final inspection prior to placing good for the new battery. Spotlight can read the printed NewerTech battery
It lasts more than a new battery from Apple?

Rather difficult to say, because it should have compared two brand new teams, one against the other or, better yet, on the same computer by changing them several times, which I have not been possible.

As far I can throw memory to remember the scales gave me the computer was new when compared with now, and in this case I can say that, indeed, the duration of the NuPower is higher than the Apple battery that came with the computer.

My main point of comparison is how much autonomy I have been having a middle-distance train travel from Girona to Barcelona (although I have been taking the Avant-ST, rather than the "lifetime") I followed that worked in Barcelona and finally battery if I still have to face me on your return journey. 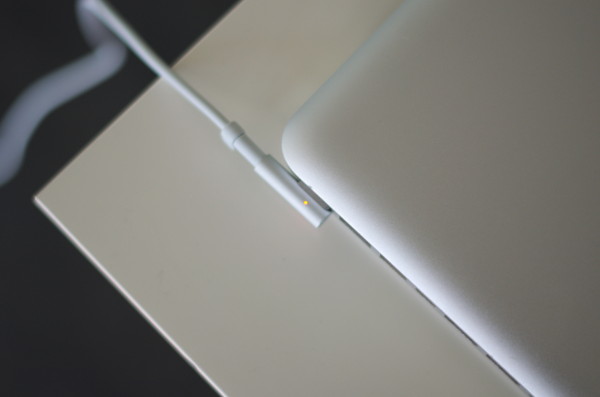 Loading new battery. The first load was very fast, as this was already heavily loaded source.
And I can tell you, working most of the day without WiFi for obvious reasons (and you're frustrated trying to make tethering on this rail line m'entendreu) laptop commit himself to spare the two trips and a certain workload once arrived at destination.

So my final verdict is that yes, this actually gives better performance than the battery that came originally with our MacBook Pro, but I can say this with certainty only for model 5.5 which is what I tried .

The price NewerTech NuPower Battery for MacBook Pro is 120 dollars (85 euros) plus delivery, you can do well around 100 euros. If you have a new battery from Apple costs us 129 euros and the replacement gives us more capacity, I do not doubt for which option I prefer.

That if I recommend before exhausting to the point of no return the battery that comes standard with your computer. Today, most of us are light users of devices such as smartphones and tablets that bring us all day and they are precisely those that employ mobility.

The laptop often the reserve to work more comfortably in your home or if we move to snatch us spend a few days in a hotel room, and most of the time we use in this very room, blasting letting us tablet that surely we also brought with us.

However, it is always interesting to have your Mac ready to take us anytime traveling with us and that we hold as much as possible to work there without an outlet nearby. If the original battery is not what we want Aguntin, solutions NewerTech must be taken into account.
The above article has been included on our site for archival purposes only.
To see the article as it appeared in the original published form, click the link provided.
All stories have been captured without modification to their content.