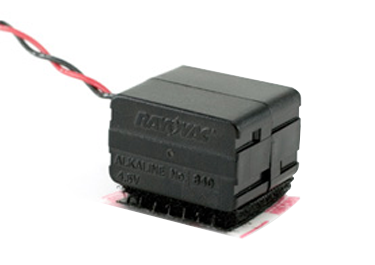 This battery is an exact replacement for the below listed models...

Macintosh Performa 640CD
PRAM Battery - Alkaline 4.5V
Macintosh® computers contain an internal backup battery to maintain system settings, such as the date and time, when the computer is turned off . The battery may last up to five years though actual life is determined by shelf life of the battery and usage patterns of the computer. The batteries used in the Macintosh computers listed in the specs tab are alkaline, and are 4.5V.

When the computer does not retain PRAM settings (such as the date and time) after it has been turned off, this generally indicates a dead battery. Some Macintosh models, such as the Power Macintosh® 7100 and the Quadra 605, display a black screen when the battery has failed and the computer is turned on.
Warranty
Includes
Microfiber Wipe

Offers superior cleaning without damaging the surface you're trying to protect.
only $7.99
NuGreen LED Desk Lamp